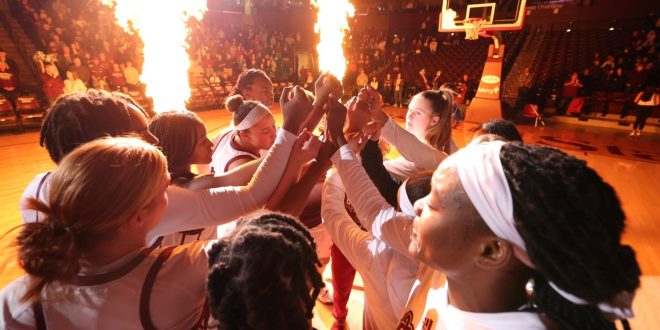 Starting Five – Storylines for the Las Vegas Invitational
1) Rebounding has been a strong point of emphasis for the Lady Bears again this season as MSU currently ranks 33rd nationally with a +13.0 rebounding margin. Sophomore Indya Green is spearheading the Missouri State rebounding efforts, ranking 33rd in the nation in rebounds per game (10.3) and 24th nationally in offensive rebounds per game (4.3).

2) The Lady Bears are 54-14 in their last 68 games away from home. In each of the last two seasons, MSU has participated in Thanksgiving week tournaments. In those tournaments, MSU accumulated a 3-2 record, including wins over FGCU and #12/11 Maryland in 2020-21 and a victory over #24 Virginia Tech last season.

3) Missouri State has not lost back-to-back games in a season since 2018-19. The last time MSU suffered consecutive losses in a season was when the Lady Bears lost five in a row from Nov. 24-Dec. 16, 2018. Following a loss in their last outing to Oklahoma State, MSU will look to follow it up with a win and keep the trend alive.

4) MSU returns one starter from last season in fifth-year senior Sydney Wilson. With MSU’s victory over Saint Louis, Wilson earned her 100th career victory as a Lady Bear. She surpassed Secelia Winkfield (1990-93) to take over sole possesion of fifth place in program history. In fourth place on the list is Jackie Stiles (1998-01) with 101 career victories.

5) Sophomores Indya Green and Isabelle Delarue are off to hot starts this season. Green is averaging a double-double after three games (10.0 ppg and 10.3 rpg) while shooting .500 from the field and Delaure is averaging 11.7 points per game and leads the team with seven triples on the year.

Series Histories
Missouri State trails the all-time series against UTSA, 0-2. The last time the two teams met was on Nov. 29, 2007, with the Roadrunners defeating the Lady Bears 63-59 in Springfield. The first matchup of the series and the only other meeting between the squads came back in 1983 in San Antonio, as UTSA defeated MSU, 82-70.
MSU also trails 0-2 in the all-time series against Middle Tennessee. In their last meeting, MT defeated the Lady Bears 71-52 in Springfield on Dec. 19, 2016. In the first meeting of the series, the Blue Raiders handed MSU a 70-54 loss in Murfreesboro on Dec. 17, 2015.