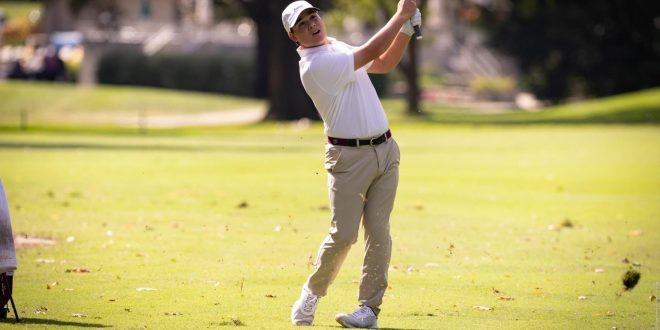 MADISON, Ill. – Missouri State’s men’s golf team finished its third outing of the season in 11th place out of the 16-team field here Tuesday afternoon after three rounds at the SIUE Dolenc Invitational.

The Bears posted a final round of 296 on Tuesday, on point with their first two rounds of 297 and 294 on the Gateway Golf Gold Links.

Individually, MSU’s Max Kreikemeier (69-73-70–212) ended the invitational in fifth place just one stroke under par after shooting a 70 in the final round. The performance was the senior’s third top-10 finish in as many tournaments this fall.

MSU will be back in action on Oct. 11-12, at the Grier Jones Shocker Invitational in Wichita, Kan.