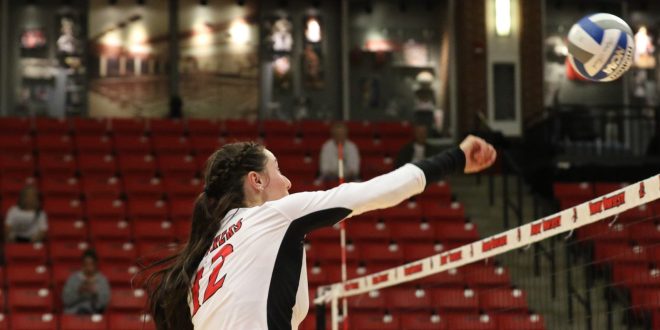 Harding extends winning streak with a 3-1 win over Panthers

SEARCY, Ark. – Drury won the opening set, but Harding regrouped to extend their winning streak to 14 games as they defeated the Panthers 3-1 on Tuesday in Searcy, Arkansas.

The Panthers led wire-to-wire in the opening set on their way to a 25-18 win to start the match. Harding bounced back to win the second set 25-22, then took a 2-1 lead with a 25-20 victory in the third. The Bisons then cruised to a 10-point win in the fourth.

Salma Lewis led Drury with 14 kills and she added 10 digs. Chloe Rear had 47 assists, while Juliana Squire was credited with 26 digs.

The Panthers return to the O’Reilly Family Event Center and to conference play on Saturday when they host Missouri S&T at 3 pm.