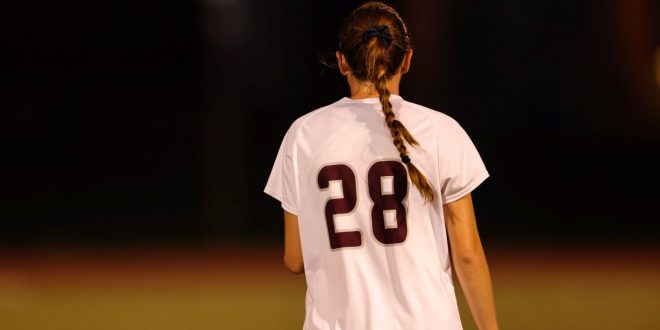 Off an assisting pass by junior defender Carly Raunig, Fosnow put the one-timer past Drake goalkeeper Vianey Lopez to put the Bears ahead, 1-0. The Bears (4-4-2) got the fast start they desired, getting eight shots off in the first half to take the narrow lead into the intermission.

“We came out firing on all cylinders and created a ton of chances from things we had been working on,” head coach Kirk Nelson said.

Shortly after beginning the second half, Drake responded with a goal in the 49th minute by freshman Layla Kelbel.

After the Drake score, both sides showed promise, and the Bears (4) and Bulldogs (3) accounted for seven combined shots over the next 20 minutes.

This included a near miss for the Bears by junior forward/midfielder Gracie English, whose 67th minute shot deflected off the right post. Less than 15 seconds later, junior midfielder Abby Couch had another chance, but Lopez saved the shot.

However, after the offensive sparks, defense became the story of the match down the stretch, and no shots were registered by either team, resulting in the 1-1 Missouri Valley tie.

MSU (4-4-2) looks ahead to Sunday, where they will continue their conference road trip against Northern Iowa (4-4-1) at 1 p.m. in Cedar Falls, Iowa. The team returns home next Sunday, Oct. 2 at 1 p.m. for a matchup vs. Valparaiso.