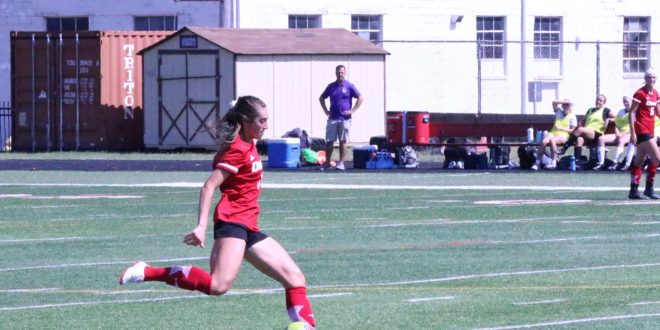 Tickets (Sun.)
$5, Drury Students with ID, children 12 and under- FREE

Drury is coming off a 1-0-1 week where they defeated William Jewell 3-0 in Liberty Mo., and tied Truman St. 0-0 at home.  Southwest Baptist last week went 0-1-1 with a 4-2 loss in Bolivar to Rockhurst, and a 3-3 tie with William Jewell in Liberty. Rockhurst went 1-0 last week with a win over SBU.

The Panthers are looking to capitalize on their impressive defensive record, which has seen them not concede a goal through the first seven games, and climb the GLVC table where they currently sit in third behind Rockhurst and Illinois Springfield. Senior Goalkeeper Kaitlin Knetzke is tied for the conference lead in goals against and save percentage. She also has the greatest number of minutes without conceding at 630. Junior forward Elsa Gonzalez is tied for second in the league in game-winning goals at two. Sophomore forward Tara Simon is second in the league in shots with 22.

Southwest Baptist is led by sophomore midfielder Abby Harrison, who has three goals and an assist this season. At the back, junior goalkeeper Ashlynn Edison is second in the conference in saves with 32.

Rockhurst is led by freshman forward Anna Lantz who has two goals and two assists. Junior goalkeeper Alyssa Keperien has made 23 saves and kept three shutouts.

Following the two games this weekend, the Panthers will have an off-day next Friday, then travel to Rolla to face Missouri S&T on Sunday, October 2nd.