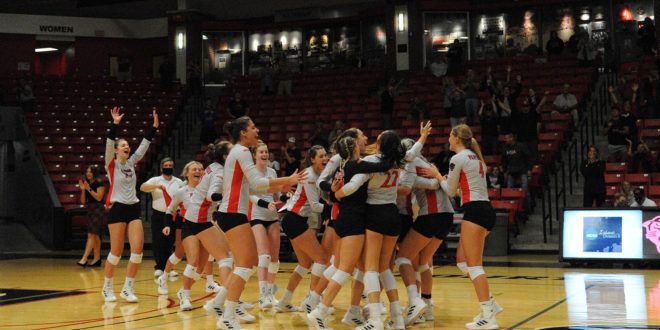 SPRINGFIELD, Mo.— The Drury volleyball team will open a challenging 2022 schedule on Aug. 26-27 in the St. Cloud-Concordia Tournament in Minnesota. The Panthers will take on Minnesota-Duluth in St. Cloud, Minnesota, for their season opener on Aug. 26, then co-host St. Cloud later the same day. Drury will travel to St. Paul, Minnesota, for the second day of the event and face Winona State and the other co-host, Concordia.

Drury opens their Great Lakes Valley Conference slate on the road with a game at Truman State on Sept. 16. The GLVC schedule will be a 12-game, single-round robin format in 2022.

The Panthers 2022 schedule features five teams that ended last season in the top 25, plus three teams that were receiving votes in the final poll. Drury will see #4 Central Missouri on the road Sept. 20, #7 Concordia-St. Paul and #9 Winona State on Aug. 27, #10 St. Cloud on Aug. 26, and will host #23 Southwest Minnesota State on Sept. 2. The Panthers will also play Lewis, Arkansas Tech, and Missouri-St. Louis, who all reached the NCAA-II Tournament last year and were receiving votes in the last poll of 2021.