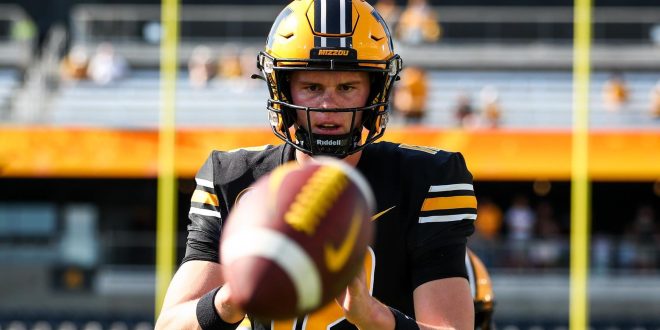 A native of St. Louis, Cook has played in eight career games, including five a season ago. He earned his first career start in the 2021 Armed Forces Bowl vs. Army West Point, completing 27-of-34 passes for 238 yards and a score. He also rushed for a career-high 53 yards and a touchdown against the Black Knights.

Cook ran in a 30-yard touchdown on the opening drive of the game, the longest rush by a Mizzou quarterback in 2021, and his first career rushing TD. His second score of the game was a go-ahead touchdown pass to Keke Chism with just over a minute remaining.

Also in 2021, he was a perfect 5-of-5 for 29 yards with one passing touchdown against Southeast Missouri State. Cook finished the season 47-of-59 for 350 yards and two scores while rushing for 92 yards and a score.

Mizzou will open the 2022 season on Thursday, September 1 at Faurot Field, playing host to Louisiana Tech. As part of a new fan experience initiative, Mizzou encourages attendees to #TigerStripeFaurot in Black and Gold against the Bulldogs, and in future home openers. Single game and season tickets for the 2022 campaign are on sale now. Visit MUTigers.com/Zou22 for more information.