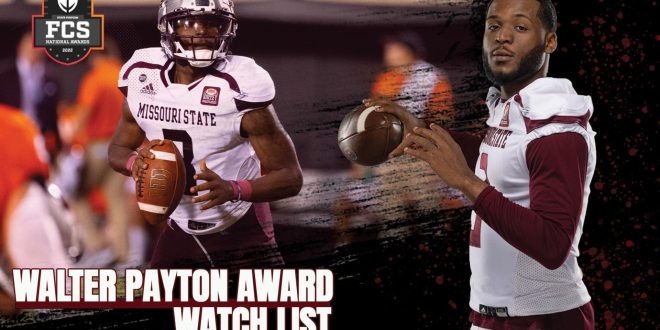 The Walter Payton Award is presented annually by STATS Perform to the national offensive player of the year in college football’s Division I subdivision. Shelley is one of 35 players on this year’s preseason watch list that includes ten other quarterbacks and eight total players from the Missouri Valley Football Conference.

A Preseason All-America and Preseason All-MVFC first-team pick, Shelley was named as the 2021 MVFC Offensive Player of the Year and MVFC Newcomer of the Year. He is coming off a 2021 campaign in which he threw for a school-record 3,347 yards and racked up another program record 3,789 yards of total offense, both of which led the conference. He was also a finalist for the 2021 Walter Payton Award and the CFPA Player of the Year in addition to earning All-MVFC first-team selection at QB.

Shelley finished his first season at MSU ranked 11th nationally in points responsible for (194), seventh in yards per completion (14.24), ninth in passing yards (3,347), 14th in passing yards per game (278.9), 18th in passing touchdowns (22), and 22nd in passing efficiency (142.69). The two-time MVFC Offensive Player of the Week became the first MSU quarterback to throw for 200 yards or more in every game (12) for the season, while snapping addition Bears records for plays (555), passing attempts (400) and completions (235). Shelley engineered four game-winning drives in the fourth quarter last season and was a three-time MVFC Newcomer of the Week.

More players can join the Walter Payton Award Watch List during the regular season. A national media panel will select the winner in January. First awarded in 1987, the Payton Award has watched past recipients such as Steve McNair, Tony Romo, Brian Westbrook, Jimmy Garoppolo, Cooper Kupp and Trey Lance move on to the NFL.

The Bears kick off the 2022 season on Thursday, Sept. 1 at Central Arkansas before the club’s home opener on Sept. 8 in a playoff rematch against UT Martin at Robert W. Plaster Stadium. Missouri State season tickets are currently on sale by calling (417) 836-8899, with single-game tickets set to go on sale August 8 at MissouriStateBears.com or at (417) 836-7678.