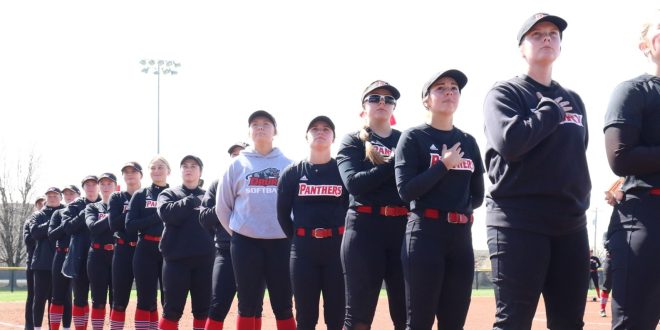 SPRINGFIELD, Mo. – The Drury softball team was honored with a Team Academic Award, and 15 members of the squad were named Scholar-Athletes by the National Fastpitch Coaches Association.

The Panthers posted a team grade point average of 3.58, a mark that ranked 30th in NCAA-II among the 306 participating programs. Teams with a 3.00 GPA earned the award from the NFCA.

Earlier this year, the Drury softball also won a Team Academic Award from the Great Lakes Valley Conference, and 16 members of the squad were named Academic All-GLVC.

In addition to their academic awards, Drury ended the year 37-17 and 21-7 in the GLVC. Their 37 wins set a program record, and their 21-7 mark in the league also set a team record for their best conference winning percentage. The Panthers reached the NCAA-II Tournament for the first time in the program’s 15-year history and advanced to the round of the 32.