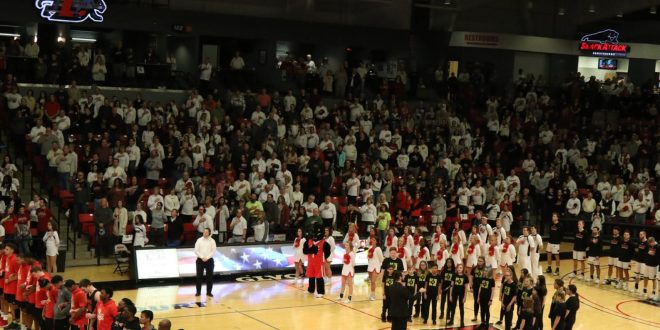 SPRINGFIELD, Mo.— The Drury Panthers will open the 2022-23 basketball season with an exhibition game at Creighton, and the Lady Panthers will feature a schedule that includes home games against national powers Ashland and Emporia State as the programs released their season schedules today.

The Drury men’s basketball head coach Chris Foster enters his second year leading the program and has rebuilt his team’s roster with 13 new players added for the upcoming season. Fans will get their first look at the squad on Oct. 30 when the Panthers play an exhibition at Creighton in the CHI Health Center Omaha. Game time has not yet been determined.

The Panthers open the regular season hosting the Greenstay Inn & Suites Tipoff Classic on Nov. 11-12 at the O’Reilly Family Event. Drury will face Northwoods (Mich.) for their first official game of the year, then Lake Superior State on Sat., Nov. 12. The Panthers will host Southwestern Oklahoma State on Nov. 22 and Arkansas Tech on Nov. 23 as part of their Thanksgiving Classic. Drury has non-conference road tests at Rogers State on Nov. 16 and Southern Arkansas on Dec. 19.

The NCAA-II Men’s Basketball Tournament starts on March 11 with the Midwest Regional, and the Elite Eight returns to Evansville, Indiana, March 21-25.

The Lady Panthers will play their first home game on Nov. 19 when they host Emporia State. Drury will once again host the Oasis Hotel & Convention Center Thanksgiving Classic, where they will take on Cedarville on Nov. 22, then Ashland on Nov. 23. Drury and Ashland have tangled in the NCAA-II Tournament four times since 2016, with each team winning twice. The two teams were poised to meet in the 2020 Midwest Regional Tournament in Springfield as both squads were undefeated, the Lady Panthers were ranked number one nationally, and the Eagles were ranked second, but the game never happened as the coronavirus pandemic canceled the tournament. Their Nov. 23 match-up will be the first time the two programs have ever met during the regular season.

Drury will travel to Lakeland, Florida, for the Mocs Christmas Classic on Dec. 16-17. The Lady Panthers will take on Eckerd and Florida Southern in that event, two teams that reached the NCAA-II Tournament last year.

The NCAA-II Women’s Basketball Tournament begins March 10 with the Midwest Regional on campus sites, while the Elite Eight returns to Missouri with St. Joseph serving as host.

Both Drury teams will open the Great Lakes Valley Conference schedule at home on Nov. 28 against Missouri S&T.

The men’s and women’s GLVC Tournament is scheduled for March 2-5 in Edwardsville, Illinois, on the campus of Southern Illinois-Edwardsville.

Information on upcoming promotional events during the basketball season will be released at a later date.

Season ticket information will be distributed by mail later this week. For those interested in renewing their season ticket plan, watch for the mailing or contact the O’Reilly Family Event Center box office at 417-873-7000.