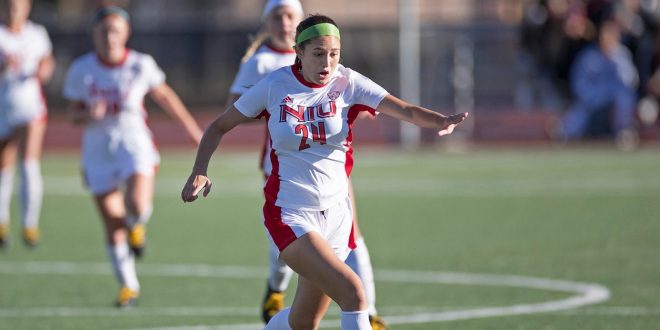 Schneider played for Northern Illinois (NCAA-I) last season as a freshman. The forward saw action in eight games and made one start. A native of Schaumburg, Illinois, Schneider had two shots with one on goal for the Huskies. She was a four-year letterwinner at Schaumberg High School and was named to the All-Sectional team in 2021 by the Illinois High School Soccer Coaches Association. She helped her team to a regional final in 2018, and her club team, Campton United, to a state cup championship in 2019.

“We are very excited to add Mel to our squad for next season,” said Olson. “She’s a very technical player and has a lot of pace. Mel has a strong soccer background from playing at NIU and Campton United. We are looking forward to seeing what she can do for our team both on and off the field.”

Schneider will be a Business major at Drury.

The Panthers are coming off of a 16-5-1 season, a Great Lakes Valley Conference tournament championship, and the program’s first NCAA-II Tournament appearance since 2007. Drury went 10-3-1 during the league’s regular season for a second-place finish, their highest placement in team history.

Their 2022 season opens with an exhibition game against Central Missouri on August 19 at Harrison Stadium in the Curry Sports Complex, and the regular season starts on August 25 at Delta State in Cleveland, Mississippi.