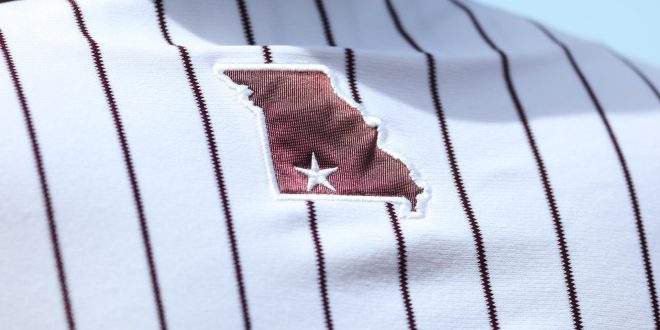 SPRINGFIELD – Missouri State baseball has received commitments from a number of junior college and four-year transfers to join the Bears’ roster for the 2023 season.

Jake Eddington • 6-2 • 195 • RHP • Doniphan, Mo. • Doniphan High/Alabama
Eddington transfers back to his home state after spending two seasons at Alabama, where he appeared in 14 games for the Crimson Tide in 2021 and missed the 2022 season with an injury. Eddington struck out 25 batters in 21 innings as a true freshman, going 1-0 with one start in 14 appearances for an NCAA Tournament club. He was the top-ranked player in Missouri’s class of 2020 according to Perfect Game USA out of Doniphan High and was a two-time all-state selection according to the Missouri High School Baseball Coaches Association. Eddington was also selected to the MLB Prospect Developmental Pipeline League following his high school junior season.

Assistant Coach Joey Hawkins on Eddington:
“Jake is a premium arm joining us from the University of Alabama who got a ton of experience pitching in the SEC as a freshman. With electric stuff that features a fastball up to 96 and a wipeout slider, we see him throwing extremely important for innings next year for our pitching staff.”

Carlos Guzman • 5-11 • 200 • 1B/C • Winter Garden, Fla. • Windermere High/Northwest Florida State College
Guzman joins the Bears after two years at Northwest Florida State College in Niceville, where he hit above .300 in both seasons and was a first-team all-conference pick and all-state tournament selection as a freshman in 2021. In two seasons with the Raiders, Guzman batted .303 with 61 runs, 49 RBI and 21 extra-base hits in 85 games. Originally from Venezuela, Guzman graduated high school in Windermere, Fla., and played for Next Level Academy.

Assistant Coach Joey Hawkins on Guzman:
“We’re excited to have Carlos joining us from a premier JUCO program like NW Florida where he hit in the middle of the lineup for two years. Carlos will bring us a quality bat with the ability to catch and play first base and his work ethic will only allow him to continue to improve at a high level.”

Cody Kelly • 6-2 • 185 • C • St. Michael, Minn. • St. Michael-Albertville High/Minnesota/North Iowa Area CC
A highly-decorated prep catcher in Minnesota, Kelly joins the Bears after spending one season at the University of Minnesota and another at North Iowa Area Community College. Kelly was the top-rated catcher in Minnesota by Prep Baseball Report as a senior in 2020 and graduated ninth on the state’s career RBI list with 111. He ranked in the top in the state in hits, average and RBI in each of his three high school seasons (senior year in 2020 was canceled due to COVID-19) and was a career .466 hitter. Kelly played in 23 games with 14 starts as a true freshman at Minnesota in 2021, batting .179 with six of his 10 hits going for extra bases. He earned first-team all-region honors at NIACC in 2022, batting .353 with 19 home runs and 51 RBI. Kelly slugged .720 on the season with 35 extra-base hits.

Assistant Coach Joey Hawkins on Kelly:
“Cody is a dynamic player with elite strike zone management skills and a big-time bat. He’s an experienced player at both the D1 and JUCO levels where he put up some impressive numbers. We’re excited to have Cody join our program and continue to develop both as a hitter and a catcher where he will be a force in our lineup.”

Izzy Lopez • 5-11 • 175 • IF • Fort Worth, Texas • Arlington Heights High/Texas A&M/McLennan CC
A junior college teammate of current Bear Mason Greer, Lopez redshirted at Texas A&M in 2020 and played the last two seasons at McLennan Community College in Waco, Texas, where he won a national championship in 2021. Lopez batted .272 with 16 RBI and 31 runs scored that year and was named a NJCAA All-Academic Third Team member. As a regular starter in 2022, Lopez hit .282 with 47 runs and just 24 strikeouts in 170 at bats while helping the Highlanders to another JUCO World Series berth. He boasted a .401 on-base percentage with 32 walks. A two-time all-state selection in high school, Lopez was the district defensive player of the year as a sophomore and twice named a preseason All-American by Perfect Game.

Assistant Coach Joey Hawkins on Lopez:
“Izzy will be a great addition for our program and bring many championship qualities to our team after leading McLennan CC to a national title in 2021. He is a high-level defender with big-time baseball IQ in all areas of the game. I look forward to seeing his bat continue to develop inside our program.”

Reed Metz • 6-4 • 225 • RHP • Springfield, Mo. • Logan-Rogersville High/Tennessee/Crowder College
Metz returns home after spending his freshman season at Tennessee and sophomore year at Crowder College in Neosho, Mo. He redshirted in 2021 for the College World Series bound Vols and made the SEC First-Year Academic Honor Roll. Last season at Crowder, he helped the Roughriders to a JUCO World Series appearance and 54-13 record, going 2-1 on the mound in 16 relief appearances with 22 strikeouts, a .239 opponent average and 5.01 ERA in 23.1 innings. A two-way star at nearby Logan-Rogersville High, Metz was an all-district pick in 2018 and 2019 and a second-team all-state selection as junior in 2019. His senior season was canceled due to COVID-19.

Assistant Coach Joey Hawkins on Metz:
“Reed will be joining us with experience from two incredible programs in the University of Tennessee and Crowder College. He is a big, physical RHP who has a plus fastball that can touch 95 and an outstanding changeup. We look forward to Reed throwing some important innings for us and continuing to develop under the guidance of Coach Petree and our staff.”

Brandt Thompson • 5-9 • 170 • RHP • Eden Prairie, Minn. • Eden Prairie High/North Iowa Area CC
A junior college teammate of fellow signee Cody Kelly, Thompson ranks eighth in North Iowa Area CC with 112 career strikeouts after a sensational sophomore campaign in which he went 6-0 with a 2.51 ERA. Thompson struck out 70 and walked 22 in 61 innings while holding the opposition to a .217 average on the way to earning second-team all-region honors. He fanned 42 in 31.1 innings as a freshman, going 3-3 with a 6.32 ERA and tossing one complete-game shutout.

Assistant Coach Joey Hawkins on Thompson:
“Brandt is a pitcher who has developed at an extremely fast rate during his time at NIACC. We’re excited to add a durable arm with a true 4-5 pitch mix that includes a fastball that sits at 90-93. I am excited to see he and Coach Petree work together to continue to develop an already impressive pitch arsenal.”