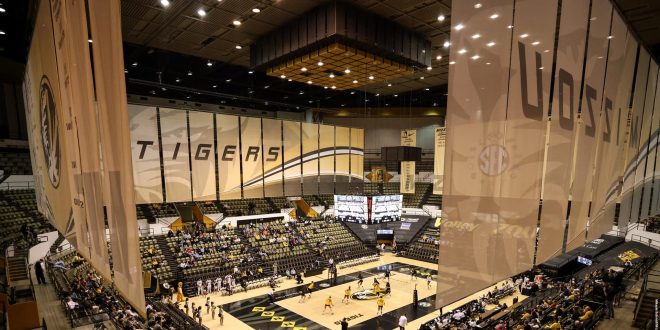 “We are thrilled to welcome Ben to Mizzou,” said Coach Gates. “I have witnessed Ben develop into an incredible leader and teammate over the last two years at Cleveland State. He understands the culture we are building here and will have a positive impact on his teammates. His energy is contagious and the fans will embrace the passion he has for Mizzou.”

A native of Northeast Ohio, Sternberg appeared in 10 games during his time with the Vikings. He recorded his first career points against Youngstown State with a corner three-pointer and also connected on a pair of free throws in the NCAA Tournament against No. 2 Houston. He was a member of the Dean’s or President’s list every semester at Cleveland State.

“Mizzou was a great opportunity for me to spread my wings” Sternberg said. “I have lived in Cleveland my whole life and coming to Mizzou already feels like a second home. The opportunity to be with Coach Gates is one I couldn’t pass up. He’s more than just a coach to me, but a lifelong mentor.”

Prior to arriving at Cleveland State, Sternberg played two seasons at Lakeland Community College where he appeared in 27 games with two starts. He averaged 6.9 points and 1.5 rebounds per game. Sternberg played high school basketball at Beachwood High School, where he earned second team all-conference accolades and was a three-year varsity player.

A new era of Mizzou Men’s Basketball has officially begun! Commit to Coach Gates by placing your deposit today to be among the first to secure season tickets for the 2022-23 campaign.