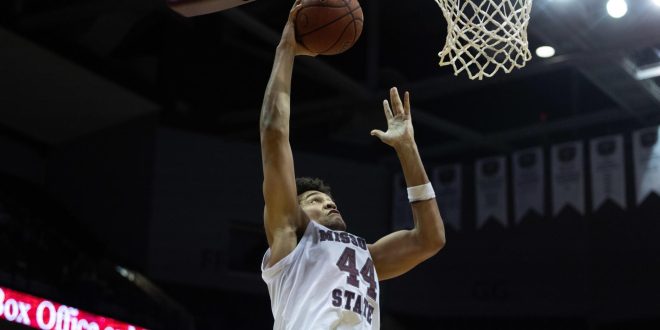 The annual honor is bestowed on the graduating Missouri State University male student-athlete best demonstrating high qualities in scholarship, character, attendance, leadership and athletic performance. The award has been presented annually since 1955 and is named in honor of the long-time Missouri State faculty athletics representative and business faculty member.

Prim was a two-time NABC All-Region first-team selection and three-time All-MVC honoree for coach Dana Ford, earning All-MVC first-team honors his last two seasons. He averaged 16.3 points and 8.0 rebounds per game as a senior with 11 double-doubles in leading the Bears to a 23-win season, the club’s first NIT appearance since 2011 and an MVC regular-season runner-up showing.

He finished his Bears career with 1,338 points (15th in program history) and 627 rebounds in 86 games over three seasons in Springfield. During his tenure at MSU, he also earned MVC All-Defensive Team (2021) and MVC All-Tournament Team (2021) laurels, while earning MVC Player of the Week honors twice and MVC Newcomer of the Week distinction once. He was also a member of the MVC Honor Roll in 2020.  After his senior year, Prim was invited to participate in both the Dos Equis 3×3 National Championship as well as the highly-touted Portsmouth (Va.) Invitational.

Prim graduated in May with an undergraduate degree in General Studies.

He is the 17th men’s basketball player to earn the Virgil Cheek Award but the first since Justin Fuehrmeyer in 2010.