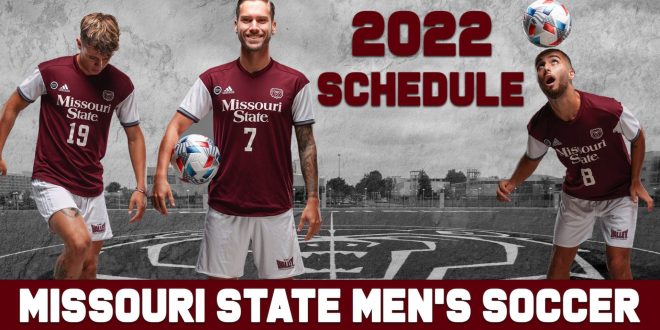 “We are busy preparing for the 2022 season and thrilled to announce our slate of matches,” said Seabolt. “The staff and administration have worked hard to make it possible for us to play matches that will put us up against top teams in our region and some of the top teams in the country.”

Before kicking off the regular season, the Bears will compete in three exhibition contests when they host Iowa Western (Aug. 10) and Saint Louis (Aug. 14) before traveling to VCU (Aug. 18).

The team will play its first road match on Oct. 1 at Bradley as the first of four Valley contests away from Allison South Stadium. The club’s first-ever league showdown against Belmont will take place in Springfield on Oct. 9, followed by another opportunity against a conference newcomer at UIC on Oct. 15.

MSU’s last four conference matches include a home-and-home set with SIU Edwardsville – Oct. 19 in Springfield and Nov. 2 on the road – along with a trip to Nashville to play Belmont (Oct. 23) and a senior day matchup against Drake on Oct. 28.

After an eight-match conference slate, the MVC Tournament will take place on Nov. 6, 10 and 13 at the highest-seeded teams. The regular-season champion will host the semifinals and championship match.

“We have a strong team and staff returning, with top additions that joined us in the spring and others that will join us later this summer,” continued Seabolt. “With an amazing run of home matches, we look forward to playing in front of our fans and representing Missouri State University.”

Seabolt returns four all-conference players and the team’s leading scorer from a 17-2-0 squad that earned a berth in the NCAA Tournament for the third-straight season.