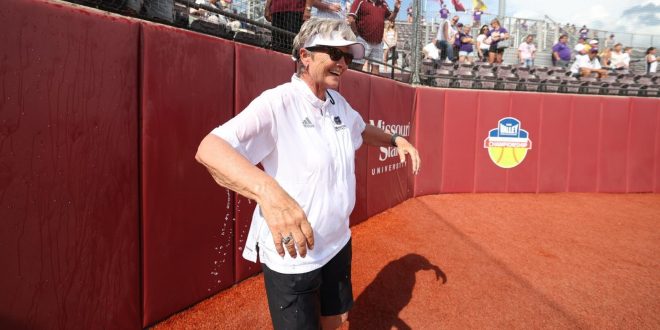 Hesse just concluded her 34th season at the helm of the MSU softball program. In 2022, she led the Bears to a 28-20 record, the program’s seventh conference tournament title, and its seventh appearance in the NCAA Tournament.

“I appreciate Kyle [Moats] and Casey’s [Hunt] support of my leadership. I have loved the last three and a half decades guiding the MSU Softball program, and I look forward to the continued challenge and success of the next two years,” said Hesse.

Ranking 22nd among all active NCAA Division I coaches in career victories, Hesse has amassed an 872 career victories. She is the winningest coach in Missouri State history and the second-winningest coach in Missouri Valley Conference history. In her tenure, she has won two MVC regular season titles, six MVC Tournament crowns and made six trips to the NCAA Tournament.

Hesse has coached 39 different first-team all-conference and 26 NFCA All-Region players throughout her 34 seasons. She has also been named the Gateway/MVC Coach of the Year twice in her career.

Dickerson earned MVC Pitcher of the Year, owning a 0.87 earned run average in conference play and a 1.64 overall ERA under the guidance of Hesse, who serves as MSU’s pitching coach. The battery of Dickerson and Boze also went on to collect NFCA Third Team All-Region honors.

The extension is contingent upon formal approval by the Missouri State Board of Governors at its August meeting.