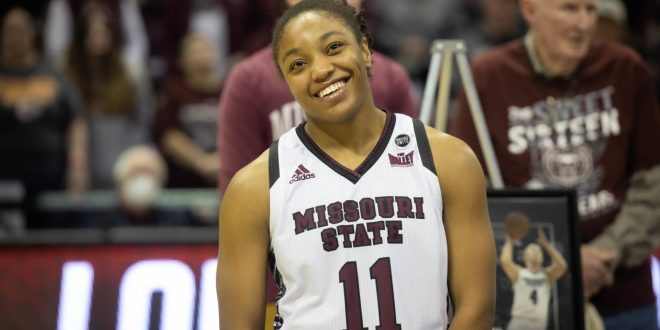 Calip will play for Helios Basket Valais out of Vétroz, Switzerland beginning this fall. She will report in September and the season officially begins in October.

The Sapulpa, Okla., native becomes the 10th player in Lady Bear program history to be drafted or sign to play professionally, the first since Alexa Willard signed to play in Greece in 2020-21.

Calip concluded her career as the winningest Lady Bear in program history with 122 career wins, while playing in a program record 163 career games. Last season, she also became one of just two Lady Bears in program history, joining Casey Garrison, to record 1700+ points, 500+ assists and 700+ rebounds in their careers.

In 2021-22, her final season with the Lady Bears, Calip averaged 11.5 points and 5.4 rebounds per game and was named the Missouri Valley Conference Defensive Player of the Year for the second time in her career. She also became a three-time member of both the All-MVC First Team and MVC All-Defensive Team.