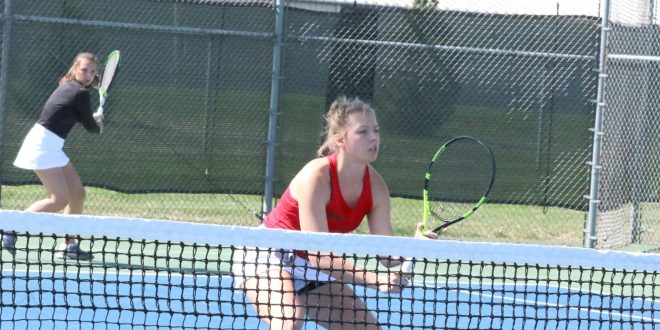 SPRINGFIELD, Mo.—  The Drury women’s tennis team ended the year ranked fifth in the Midwest Region, while the DU men’s squad was ranked eighth in the final regional rankings by the International Tennis Association.

Two members of Drury’s women’s team finished the season ranked in the top 20 in the region. Freshman Ewa Samberger was ranked 14th. The Lublin, Poland, native was named the GLVC Freshman of the Year and went 11-8 in singles. Senior Nastasia Jedrychowski was ranked 17th and had Drury’s top winning percentage in singles, going 15-4 and 6-0 in the GLVC. The doubles team of Kseniia Eremina and Ewa Samberger was ranked third in the region and the two went 13-3 during the year.

The Panthers women’s team finished the season 16-4, ranked 25th in the nation and advanced to the NCAA-II Tournament for the 19th time in the last 20 years.

The Drury men’s squad had two singles players ranked in the top 20. Sylvain Garin-Michaud ended the year ranked seventh. The junior from Saint Etienne, France, went 8-4 in singles and was 5-0 in the GLVC matches. Marlon Wilken was ranked 15th as the junior from Oldenburg, Germany, went 10-6 during the season.

The DU men’s tennis team won the GLVC’s West Division, going 5-0 in the league play and 9-7 overall. It marked the 15th time in Drury’s 16 seasons in the GLVC that they went undefeated in league play during the regular season.