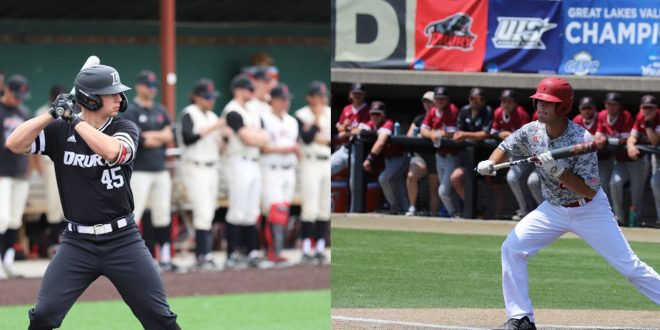 Schaffitzel, a fifth-year senior, was a First Team All-Midwest Region selection as an outfielder. The Springfield native and Hillcrest High School product led the Great Lakes Valley Conference with a .435 batting average. Schaffitzel homered once and drove in 33 runs in 43 games played. He posted a .629 slugging percentage, a .556 on-base percentage, and put down a team-leading 14 sacrifice hits. Schaffitzel was also named to the All-Great Lakes Valley Conference team and was an all-region selection by the D2CCA this year. As a First Team All-Region selection in the ABCA, he receives an automatic All-American nomination.

Mann was a Second Team All-Region selection after playing in all 54 games for the Panthers in 20222 and posting a .399 average with nine home runs and 58 runs batted in. He led the team with 69 runs scored and tied for second in the GLVC with 19 doubles. Mann posted a .668 slugging percentage and a .520 on-base percentage and ranked among the league’s top 10 in both categories. Mann was named an All-GLVC selection for the third time in his career, was an Academic All-District selection, and was named Drury’s Dr. Edsel Matthews Award in 2022 as the institution’s top graduating men’s student-athlete.

The Panthers finished the season 38-16, 21-7 in the GLVC, they won the Green Division championship, and their 38 wins were the third-most in the program’s 16-year history.