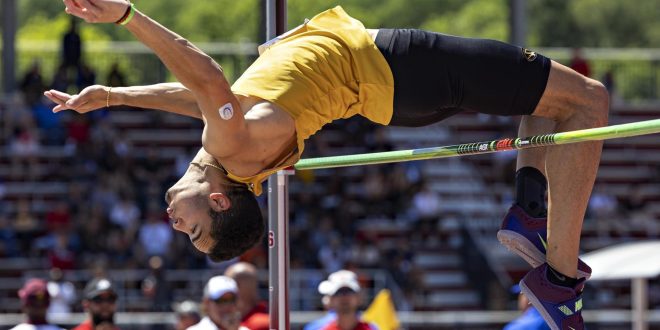 FAYETTEVILLE, Ark. – University of Missouri track and field saw three of its’ student-athletes punch their tickets to the NCAA Championships on day two of the NCAA West Prelims. The four-day meet is being held at Arkansas’ John McDonnell Field.

Roberto Vilches will compete in his fourth national meet and his second outdoors. He earned a top-12 finish in the high jump competition, clearing 2.15m / 7-0.5. The final of the high jump will take place Friday, June 10 in Eugene, Ore.

In the 800m, Christopher Conrad clocked his second personal best in as many races as he earned his first-ever spot at the national outdoor championships. His time of 1:47.33 is an improvement on his clocking of 1:47.35 from Thursday’s first round. He also sits at No. 5 on Mizzou’s all-time top-10 performers list. Conrad will race next in the national semifinals, scheduled for Wednesday, June 8.