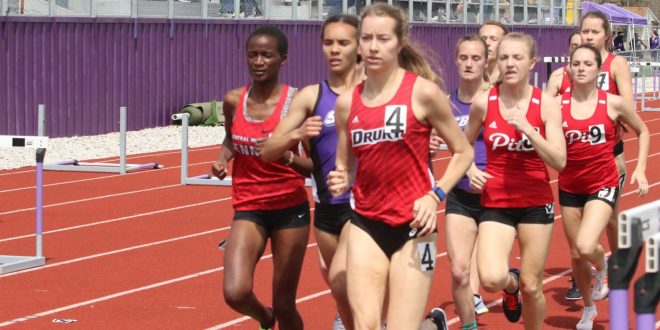 McCune had a time of 4:31.44 and finished 11th in her head and 18th overall. The Springfield native, a junior in outdoor track & field eligibility, led for two of the four laps in the event’s first heat until Roisin Flanigan from Adams State moved to the front and won the heat, and she posted the best time in the two heats completing the event in 4:22.96. McCune missed the cut for Saturday’s finals by 4.17 seconds.

Claire McCune was competing in her first outdoor track & field national championship meet. She is one of three Drury track & field athletes at the national meet. Katie McCune will compete in the preliminaries of the 800 meter run on Friday, and Jolie McClellan competes in the javelin on Saturday.

It marks the first time the Panthers have been represented at the national championship meet in nine years and is the first time ever Drury has had multiple competitors in the NCAA-II Outdoor Track & Field Championships.


Links to live updates of the NCAA-II National Championships can be found here.