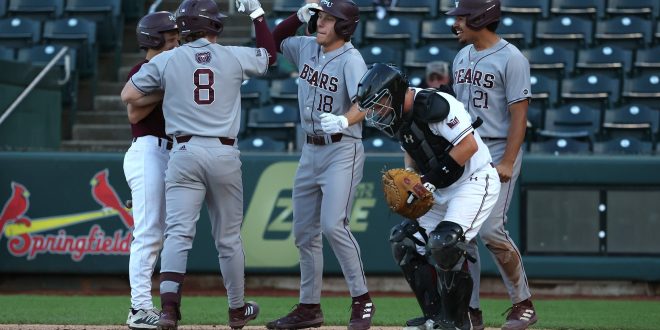 Barnes (6-4) did not allow a runner beyond first base after the Salukis (40-15) struck for their only run with back-to-back doubles in the second inning in tossing his second career complete game and the first nine-inning complete game effort by an MSU hurler since Logan Wiley did it against New Orleans in April 2019.

Mason Hull tied the game with a solo home run on the first pitch of the fourth inning and added a three-run shot in the seventh, his 13th of the year, good for his second multi-home run game of the season and third in his career. It was also the ninth multi-homer game for a Missouri State (27-26) hitter this season.

Grant Wood added a solo home run in the eighth inning for the 5-1 final, Missouri State’s seventh round-tripper in two tournament games and 86th of the season.

Missouri State’s next game will be Friday at 11 a.m. against the loser of Thursday’s 1 p.m. game between Bradley and DBU.