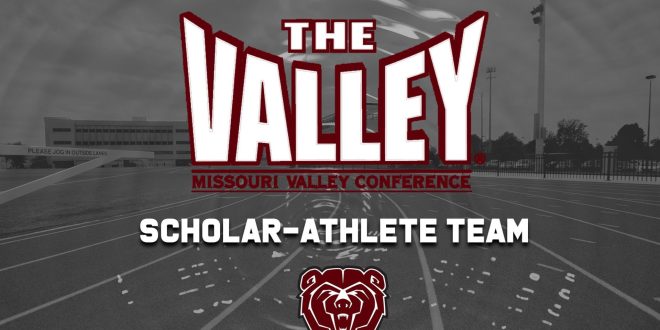 To be selected for the MVC Scholar-Athlete team, recipients must meet the following criteria:

At the outdoor championships, Etienne (Monchy Gros-islet, St. Lucia) garnered a gold-medal in the javelin, with a toss of 46.69 meters. The distance qualified her for the NCAA West Preliminary taking place on May 25-28. She also placed sixth in the 60-meter hurdles at the indoor championships. Majoring in Nutrition & Deictics, Etienne holds a 3.64 GPA.

Henry (Clarksville, Tenn.) raced to two top finishes at the outdoor championships. The junior sprinter finished second in the 100-meter with a time of 11.63 seconds before earning a third-place finish in the 200-meter (24.04). Henry is majoring in Exercise & Movement Science with a 3.73 GPA.

Jenkins (St. Louis, Mo.) makes her way onto the list after earning seventh-place finishes in both the triple jump and long jump at the outdoor championships with respective distances of 11.63 meters and 5.66 meters. She holds a 3.36 GPA in Physical Education.

Palmer (Leeton, Mo.) earns scholar-athlete status after finishing fourth in the 10,000-meter run. Her time of 36:46.03 beat her former lifetime best by nearly two minutes. Palmer holds a 4.00 GPA while earning her Master of Biology.

Williams (Owasso, Okla.) collects her first scholar-athlete honors after clocking several top finishes at both championships. At the outdoor championships, the sophomore earned sixth and fifth-place finishes in the 800-meter and 1,500-meter runs, respectively. At the indoor championships, she finished fourth in the one mile run (4:54.41) and was part of the silver-medal winning distance medley relay. Williams holds a 3.91 GPA in Speech-Language Pathology.

After finishing 15th in the nation in the 60-meter dash, Madison Meredith (Detroit, Mich.) collects scholar-athlete honors for the Bears. Meredith finished first in the event at the indoor championships (7.23) in February. She also earned a third-place finish in the 200-meter dash. Meredith holds a 3.90 GPA while receiving her Master of Professional Studies in Sports Management.

McKoy (Georgetown, Guyana) and Rolewicz (Everton, Mo.) earned scholar-athlete honors after being part of the Bears’ distance medley relay that placed second at the indoor championships with a time of 11:42.09. While getting her MBA, McKoy holds a 4.00 GPA. Rolewicz owns a 3.99 GPA in Art Education.