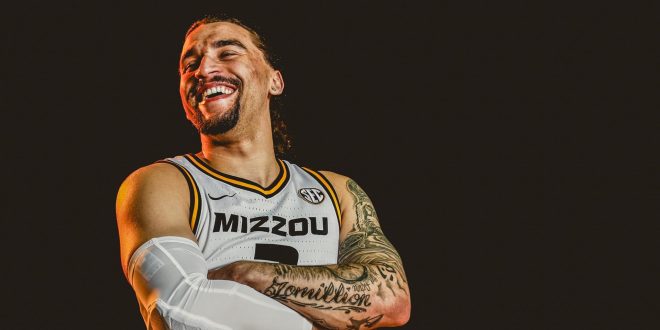 “We welcome Tre with open arms to the Mizzou family,” Gates said. “He has embodied our core values of Friendship, Love, Accountability, Trust, Discipline, Unselfishness, Enthusiasm, and Toughness. As a team captain at Cleveland State, he was a model student-athlete and a leader for his teammates. He was a former defensive player of the year in the Horizon League and has improved his offensive game every season. Tre’s best basketball is ahead of him and we are excited for him to be a Tiger!”

The 2021 Horizon League Defensive Player of the Year, Gomillion was also a 2022 Third Team All-Horizon and All-Defensive honoree. He averaged 10.4 points, 4.7 rebounds and 3.0 assists per game in 2021-22 in addition to his 53.2 percent shooting which ranked second in the league.

“Mizzou stood out in every aspect,” Gomillion said. “The University has great tradition in both sports and education, the President and Director of Athletics were both very welcome people and I truly couldn’t see myself going anywhere else. Coach Gates has an unbelievable bond with his players outside the basketball court, which gives us the confidence as players to play to our potential.”

Gomillion began his collegiate career at Gordon State College where he was Georgia Collegiate Athletic Association D1 Region Freshman of the Year after shooting 58 percent from the floor. He prepped at Aquinas High School, leading his team to its first-ever Georgia State Championship in 2017-18. Gomillion’s brother, Corey, played collegiately at Mercer.

2022-23 SEASON TICKETS
A new era of Mizzou Men’s Basketball has officially begun! Commit to Coach Gates by placing your deposit today to be among the first to secure season tickets for the 2022-23 campaign.