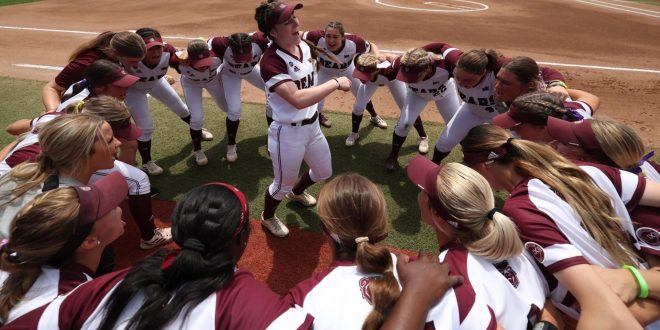 MVC Pitcher of the Year Steffany Dickerson earned her 20th victory of the season with the complete game effort this afternoon, the second time she has hit the 20-win mark in her career. Dickerson allowed just one earned run while striking out seven and scattering seven this.

Offensively, Olivia Krehbiel led the way for the Bears going 1-for-3 with a three-run homer, two runs scored and a walk. Dickerson tacked on a hit and two RBI, while Daphne Plummer went 2-for-4 and scored a run.

MSU finally broke through in the third inning with three runs to get things started for the Bears. Back-to-back bunt singles with one out courtesy of Skyler Shaw and Plummer set up a great scoring opportunity for the Bears. Two batters later, Krehbiel launched her 10th home run of the season to give MSU the 3-0 lead after three.

With the lead, Dickerson and the MSU defense continued to cruise, before the Bears were able to add some insurance runs in the fifth inning.

Madison Hunsaker kicked things off in the fifth with a one-out base hit to left field before the Redbirds walked back-to-back MSU batters. With bases loaded and one out, Dickerson sent a base knock to left field to score two runs and give the Bears a 5-0 lead after five innings.

Illinois State responded in the top of the sixth inning with a double and single to score its first and only run of the game.

Dickerson and the Bear defense continued to lock it down as they worked a three-up, three-down in the seventh to secure the semifinal victory and advance to tomorrow’s title game.

The Bears will take on Northern Iowa tomorrow (May 14) at Killian Stadium. First pitch is set for 1 p.m. and the game will be streamed on ESPN+.