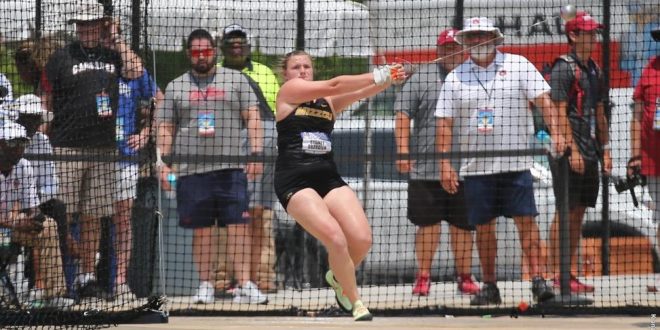 OXFORD, Miss. – University of Missouri track and field finished day one of competition at the SEC Outdoor Track and Field Championships on Thursday. The women’s team sits in eighth place after scoring points in the hammer throw and javelin.

Sydney Oberdiek scored Mizzou’s first points of the meet. She finished sixth in the hammer throw with a toss of 200-2 / 61.01m. The mark matches her personal best, set earlier this season, and the No. 6 performance in school history.

Christopher Conrad will compete in the final of the 800m on Saturday. He placed ninth overall in Thursday’s prelim with a season-best clocking of 1:48.22.