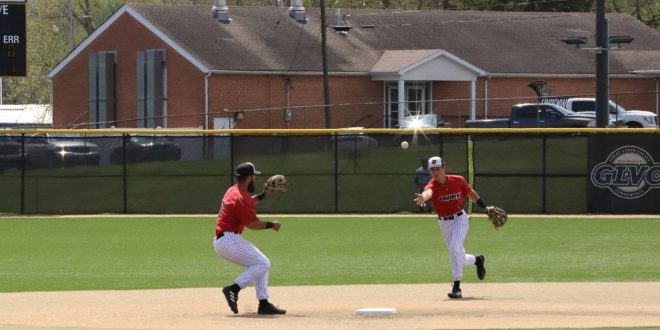 Indianapolis gets by Drury in first round of GLVC Tournament

ST. CHARLES, Mo. – The Drury Panthers ran into a perfect storm in the opening round of the Great Lakes Valley Conference Tournament. Drury, the top seed in the Green Division, was matched up with the GLVC Pitcher of the Year in Indianapolis Xavier Rivas and a hot-hitting Greyhounds team that handed the Panthers an 11-1 loss on Thursday night in St. Charles, Missouri.

Drury falls to 36-15 and will move to an elimination game against Lindenwood on Friday at 12:30 pm. Indianapolis advances to the winner’s bracket with a 21-29 record.

Rivas kept his record perfect and improved to 7-0 as the left-hander allowed only two hits through seven innings while walking three and striking out 11.

Indianapolis took advantage of a Drury error in the second inning and scored two runs in the frame, getting on the board with a bunt from Will Spear and a double by Brandon DeWitt. An inning later, Jared Bujdos gave his team a 5-0 advantage with a three-run homer. The Greyhounds blew the game open with a six-run sixth inning.

The Panthers got on the board in the bottom of the sixth when Brant Schaffitzel scored from first base on an error in right field.