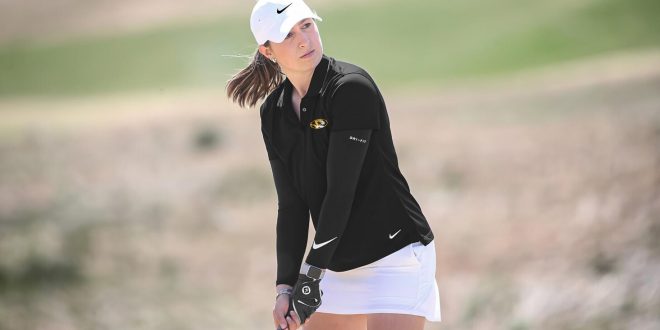 COLUMBIA, Mo. – On Tuesday, University of Missouri women’s golf announced the addition of graduate transfer Sky Sload (Keswick, Va.) to the program. She will arrive in Columbia after four seasons at the University of Virginia.

A high-caliber player with great length off the tee, Sload will have two seasons of eligibility with the Tigers. She brings leadership, work ethic and competitive spirit to the squad.

“After spending time at Mizzou, the program’s unwavering belief to compete with courage and commitment in life, on and off the links, resonated deeply with me,” Sload said. “I believe Mizzou will provide an incredible culture of academics and athletics that align with my goals and aspirations.”

During the 2021 season, she clinched second place at the 96th VSGA Women’s Amateur Championship Stroke Play after carding a 3-under 69. She later went on to fire a career-low 7-under 65 anchored by five birdies and one eagle to individually win the final match at the 2021 VSGA Virginia-Carolina Match Play.

In her collegiate debut at The Match at Spring Creek, she placed fourth in the 18-hole event, shooting 2-over 74. Competing in the Cavalier Match Play as an individual, she defeated South Carolina’s Mathilde Claisse to place seventh.

Sload will pursue a graduate degree from MU’s School of Journalism. She is a two-time member of the Atlantic Coast Conference Honor Roll while earning the UVA Service Scholar Award and Dean’s List recognition.