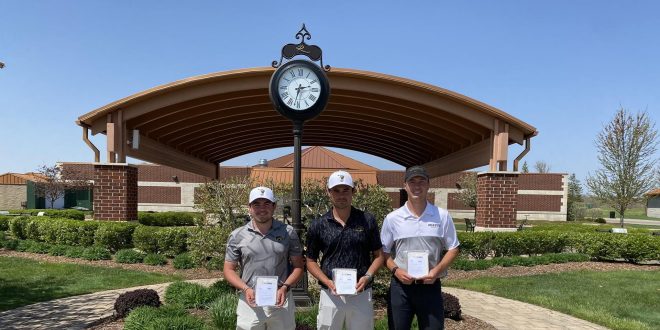 COLUMBIA, MO – The University of Missouri men’s golfer sophomore Jack Lundin earned a share of first place this afternoon at the 2022 U.S. Open Local Qualifying in Riverside, Iowa. He fired a 3-under par 69, tallying four birdies and one eagle to co-medal with Iowa Hawkeye golfer, Mac McClear.

Lundin was one of 50 competitors playing at the Riverside, Iowa site at the Blue Top Ridge Golf Course for three qualifying spots. Nationally however, there are roughly 8,880 players competing for just 530 spots to advance on to the final qualifying round which runs from May 23-June 6 at various locations which have yet to be announced by the United States Golf Association.

Staying within the Missouri boarder, redshirt freshman Dawson Meek also competed today in Local Qualifying at the St. Louis, Missouri site where he earned a spot as first alternate after carding a 3-over 75 at the Lake Forest Country Club. This site featured a field of over 60 golfers with four qualifying and two alternate spots.