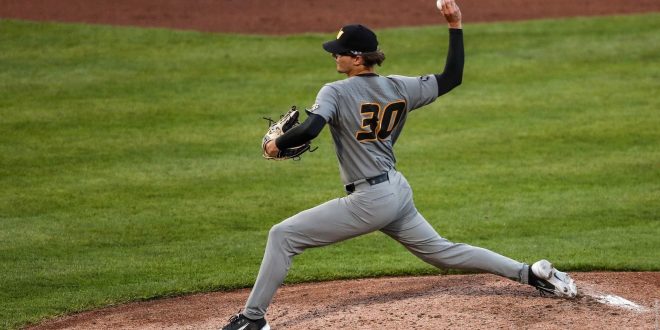 OXFORD, Miss. – University of Missouri baseball fell 10-2 to Ole Miss on Sunday afternoon at Swayze Field as the Rebels completed the three-game sweep.

Colon finished the game, 2-for-4 with a home run and double to lead the Tigers at the plate. Torin Montgomery and Tre Morris added two-hit games but the Tigers were unable to convert 11 hits into more than the two runs on the day.

Ole Miss was paced by a 5-for-5 day with two homers from Kevin Graham. He finished with three of the Rebel RBI on the afternoon. Derek Diamond (4-4) picked up the win with five innings of two-run work in his start.

Austin Marozas (1-3) was charged with the loss on the mound, allowing six runs on seven hits over two innings.

Ole Miss seized control with a four-run second inning. An infield single was followed by a blooper to left where miscommunication allowed the ball to fall for another single. A sacrifice bunt moved the Rebel runners to second and third before a wild pitch scored the first run of the inning. A two-out double from Tim Elko made it 4-0 before Graham homered for a 6-0 lead.

Coach Bieser on the frustrating weekend…

“I think the big thing is we kind of figured out where we were at this weekend and where our mindset was. You look at this roster and you just look at the inexperience in SEC play, and there was pressure. We knew what was at stake this weekend. You’ve got two teams scuffling and really wanting to put themselves back in the picture of the SEC Conference Tournament.

“I think we played very tight, very reserved trying not to make mistakes rather than attacking the game and that was really the whole point to the team after the game. You hate to learn things from the loss, you’d much rather learn from the win, but we have to learn, we have to grow from this – the way that we played this series and do better than what we did.”

Mizzou hosts Florida in the final home series of the season next weekend. First pitch in Friday’s opener is set for 6 p.m. at Taylor Stadium.