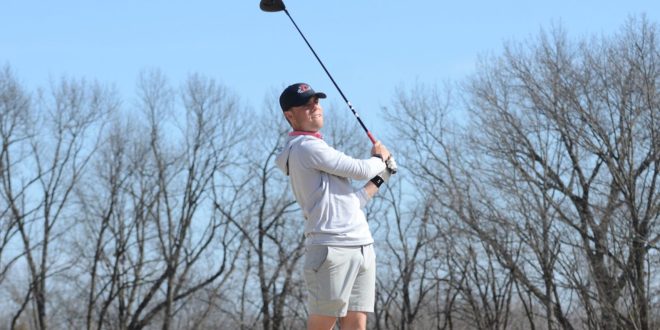 Drury tied for 10th through two rounds of GLVC Championship

INDIANAPOLIS, Ind.— Drury is tied for 10th place after two rounds of play at the Great Lakes Valley Conference championship on Friday at Broadmoor Country Club in Indianapolis, Indiana.

The Panthers are 51-over-par after shooting 627 through 36 holes and are even with Lewis and Illinois Springfield in 10th place. Missouri-St. Louis is in first place and is five-under-par heading to Saturday’s final round. The Tritons own an 11-shot lead over second-place McKendree, while Indianapolis and Missouri S&T are tied for third at 11-over par.

Joel Sylven from Missouri-St. Louis is seven-under-par and owns a four-shot lead over Carl Miltun of Missouri S&T for the individual conference title.

The final round of stroke play is scheduled for Saturday. The top four teams advance to a tournament-style match play to determine the GLVC champions.