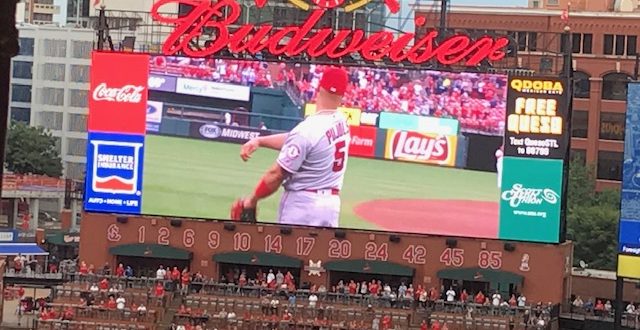 St. Louis Cardinals Bring Albert Pujols Back to Where His Hall of Fame Career Started

Future Hall of Famer Albert Pujols is set to rejoin the team where his long Major League career started.

MLB.com and the St. Louis Post Dispatch are quoting sources as saying Pujols has agreed to a one year deal with the St. Louis Cardinals worth $2.5 million.

The contract is pending a physical, and as of Monday morning, has not been announced by the club.

Pujols won World Series titles with the Cardinals in 2006 and 2011, and will be reunited with former teammates Yadier Molina and Adam Wainwright.

Pujols, who’s just 21 home runs shy of 700 for his career, will most likely serve as a right-handed designated hitter against lefties and a pinch-hitter.

A statement from the St. Louis Cardinals is below:

ST. LOUIS, MO., March 28, 2022 – The St. Louis Cardinals announced today that they have reached an agreement with Albert Pujols on a one-year contract for 2022, re-uniting the franchise with one of its most decorated players of all-time.  Pujols, 42, was drafted by St. Louis in 1999 (13th round) and played his first 11 seasons with the Cardinals, nine of those as a National League All-Star.

“We are pleased and excited to have Albert return to the Cardinals for the upcoming season,” stated Cardinals Chairman Bill DeWitt, Jr.  “This reunion with Albert is a wonderful opportunity for not only him and the Cardinals, but also for our great fans, the St. Louis community, our players and staff, and everyone connected to the St. Louis Cardinals organization.  “We look forward to seeing Albert in the “Birds on the Bat” once again, and wearing his familiar uniform number 5.”

“Seldom does one get to share in watching or being a part of ‘living’ history,” said Cardinals’ President of Baseball Operations John Mozeliak.  “From the day we called Albert’s name in the draft room back in 1999, to now, as we set our sights on 2022, this reunion just makes sense in so many ways.  We are all looking forward to reuniting Albert with his Cardinals family, and for the fan in all of us, including myself, this feels like looking through the pages of a favorite scrapbook or baseball card album and seeing those images and memories jump off the pages.”

Pujols has appeared in 74 career postseason games for the Cardinals, hitting a franchise postseason record 18 home runs with 52 RBI, including a World Series record-tying 3 HR’s in Game 3 of the 2011 Fall Classic.

Pujols will wear his iconic uniform no. 5, which the team never re-issued after its 2011 World Series Championship season.