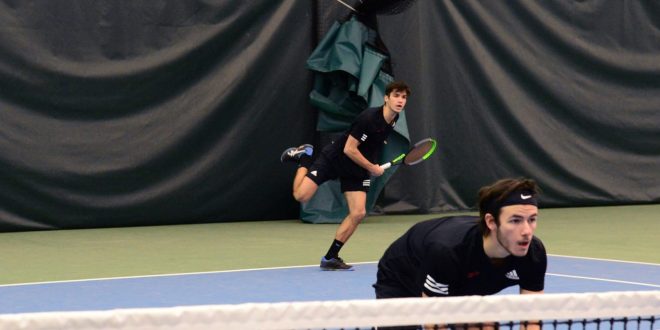 SPRINGFIELD, Mo.— The Drury men’s tennis team will start the 2022 season ranked 24th in the nation as a result of the NCAA-II preseason coaches’ poll.

Barry is ranked number one to start the season, while Columbus State is ranked second and St. Leo is third.

Two other teams in the Great Lakes Valley Conference are in the top 25, with Indianapolis ranked seventh nationally, and Southwest Baptist is ranked number 19.

The Panthers return nine lettermen from a team that went 10-6 last year. Head coach Jarrod Smith will enter his 12th year as head coach of the Drury men’s team and his 17th season overall with the Panthers. Smith ranks among the top 10 NCAA-II men’s tennis coaches in career wins and career winning percentage.

Drury opens the 2022 season with an exhibition match on Feb. 6 against Cowley Community College and will start the regular season at home on Feb. 11 against Harding. The Panthers will once again play their home matches at the Cooper Tennis Complex in Springfield.