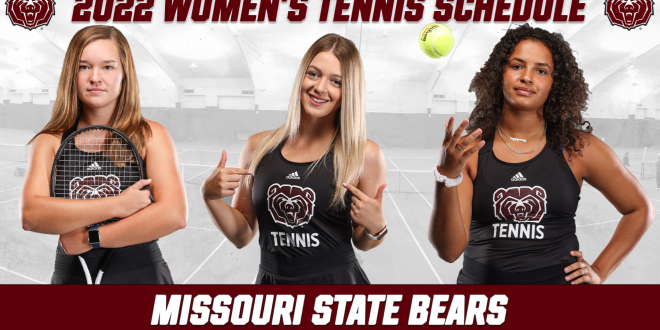 The spring slate will feature 21 regular-season meets before the Missouri Valley Conference Championships are set to take place near the end of April.

“After a successful fall semester, we’re really looking forward to the spring schedule and competing together,” said Knox. “We’re a very young team but an extremely talented one.”

MSU will open its season on Saturday, Jan. 22 at Kansas State before playing South Dakota on Jan. 23 in Manhattan, Kan. The Bears will then return to Springfield for their first home matchups of the year on Friday, Jan. 28 when they take on Central Arkansas and Arkansas State at 9 a.m. and 6 p.m., respectively.

The Bears will compete against 12 more nonconference opponents before beginning MVC play against Bradley on April 2. MSU will host Valparaiso, Northern Iowa and Drake, before competing in the conference tournament on April 22-24 in Des Moines, Iowa.

“I’m looking forward to the challenges that will be presented to us which will help us grow as a team throughout the season,” continued Knox. “This team is very close and anxious to see what we’re capable of this spring.”

Knox is in his first season as head coach of the Bears women’s tennis program.