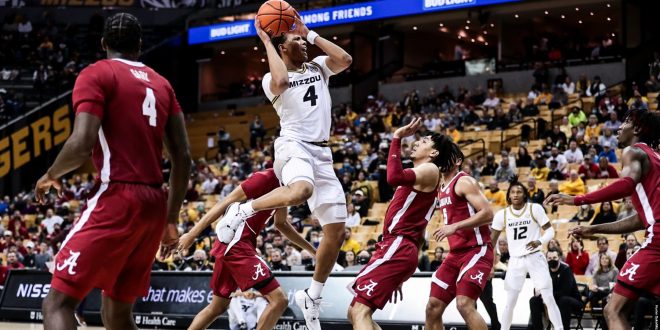 FAYETTEVILLE, ARK. — Coming off a top-15 victory, the University of Missouri men’s basketball team heads on the road for a midweek matchup against Arkansas, Wednesday, Jan. 12. The game is slated for an 8 p.m. tip on SEC Network with Mike Morgan and Jon Sundvold on the call.  Mike Kelly and Chris Gervino will have the call on Tiger Radio Network.

Kevin Fitzgerald and Dane Bradshaw have the broadcast call, while Mike Kelly and Chris Gervino will have the call on the Tiger Radio Network.

UP NEXT
Mizzou returns home, where the Tigers boast a 6-2 record, Saturday, Jan. 18 as they are set to take on Texas A&M. The game is scheduled for 2:30 p.m. on SEC Network. Tickets are available at MUTIgers.com/MBBTix.