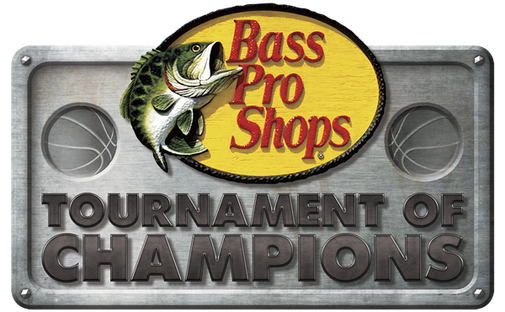 The bracket has been released for next week’s Bass Pro Shops Tournament of Champions at JQH Arena in Springfield.

The announcement was made at a breakfast Thursday morning at Bass Pro Shops White River Conference Center.

The tournament, which was canceled in 2021 due to COVID-19, resumes this year with some of the best high school teams and players in the nation visiting Springfield January 13th, 14th and 15th.

The Nixa Eagles and Parkview Vikings basketball teams will represent southwest Missouri, with one other Missouri school, New Madrid County Central, in the eight team field.

One of the most watched teams in this year’s tournament will no doubt be Sierra Canyon High School out of Chatsworth, California.

Here are the matchups for opening round games on Thursday, January 13th:

Saturday’s action gets started with the seventh place game at 2:30 p.m., followed by the consolation finals at 4:00 p.m.

The Great Southern Bank Slam Dunk contest gets underway at 6:00 p.m., followed by the third place game at 7:00 p.m. and the championship game at 9:00 p.m.

The semifinal, third place and championship games will be live-streamed on ESPN+.