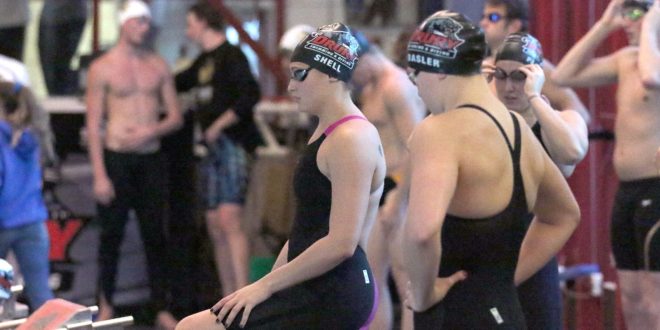 In men’s swimming, Indianapolis is ranked number one, while Queens (NC) is number two. Seven teams from the Great Lakes Valley Conference are ranked in the men’s top 25. In addition to Indianapolis and Drury, McKendree is ranked fifth, Lindenwood is 10th, Missouri S&T is 14th, Lewis is 23rd, and Missouri-St. Louis is ranked 24th.

Among the women’s programs, Queens (NC) is ranked first, and Indianapolis is number two. Five GLVC women’s teams are in the top 25. In addition to Drury and UIndy, Lindenwood is ranked 13th, McKendree is 14th, and Truman State is number 22.

The Drury swim teams compete in the pool again on Dec. 17 when they travel two miles south to face Missouri State at Hammons Student Center.