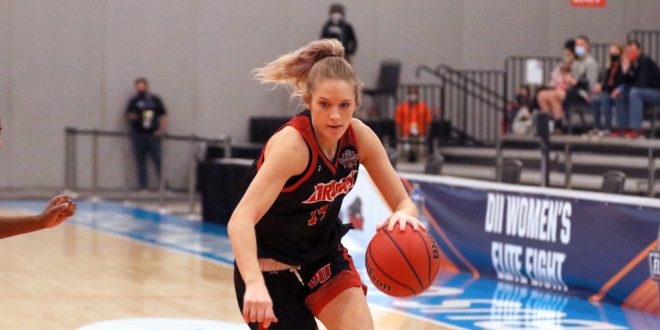 Lady Panthers guard Paige Robinson poured in a season-high 32 points, going 9 for 14 from the field, 5 of 6 from three-point range, and the senior from Bethany, Illinois, sank 9 of 10 free throws. She added eight rebounds and three assists in leading Drury.

Alana Findley added a double-double for a second-straight game. Findley had a career-high 20 points while grabbing 10 rebounds.

During the game, Robinson became the fourth player in program history to surpass 1,700 career points, and she passed Bethanie Funderburke for third on Drury’s all-time scoring list.

The win was Drury’s 37th consecutive road victory dating back to the final game of the 2018 season.

The Lady Panthers return home on Saturday when they host Rockhurst for a 1 pm game at the O’Reilly Family Event Center.