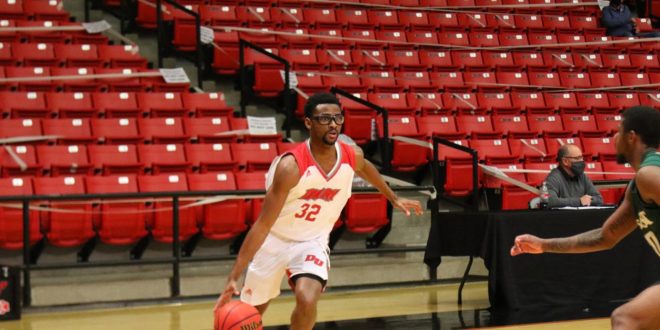 ROLLA, Mo. – Drury rallied from 15 points behind in the final six minutes to pull within one, but their comeback effort fell short in an 80-76 loss at Missouri S&T on Monday night in Rolla.

The Panthers fell to 2-5 and 0-1 in the Great Lakes Valley Conference, while the Miners went to 2-3 and started their league season with a win.

Drury trailed 75-64 with 2:01 remaining but took advantage of missed free throws by the Miners to pull close. With four seconds remaining, Clay Gayman grabbed an offensive rebound for the Panthers and scored to get his team within one, 77-76, but the Miners hit three of four free throws in the final two seconds to seal the win.

Ryan Parker and Julien Smith both had 16 points for Missouri S&T.

The Panthers are back at home on Saturday when they host Rockhurst for a 3 pm game at the O’Reilly Family Event Center.