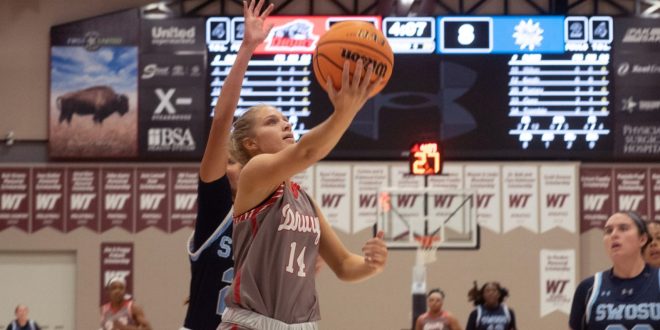 SPRINGFIELD, Mo.— Drury guard Paige Robinson was named the Great Lakes Valley Conference Player of the Week for her performance in two games during the week of Nov. 22-28.

The senior from Bethany, Illinois, averaged 23 points, five rebounds, four assists, and two steals while the Lady Panthers went 2-0 last week. Robinson scored 26 points against Saginaw Valley State on Tuesday, then put up 20 points with seven rebounds, six assists, and two steals against 16th ranked Union on Wednesday. She also went 16 of 30 from the field in the two games and was 8 for 16 from three-point range.

The third-ranked Lady Panthers play tonight at Missouri S&T at 5:30 pm in Rolla, Missouri, and return for their next home game on Saturday against Rockhurst for a 1 pm game in the O’Reilly Family Event Center.