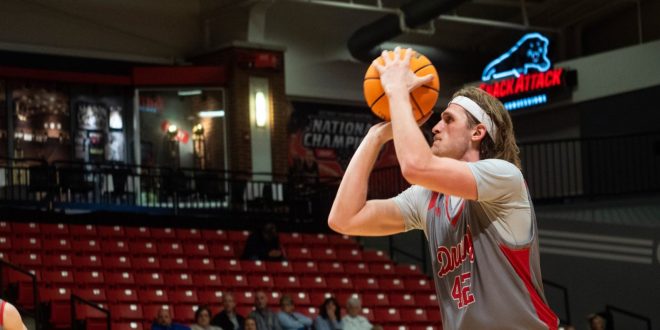 Drury is 2-3 and coming off of a win on Wednesday over Arkansas-Monticello 70-64. The Panthers went 1-1 during the DoubleTree Thanksgiving Classic they hosted as they lost in the opening game of the event to Southeastern Oklahoma State on Tuesday before defeating UAM the following night.

Victor Nwagbarachoa leads Drury averaging 14 points per game. The senior from Milwaukee had 15 points and three assists in the Panthers’ win on Wednesday. Malek Davis is averaging 12.6 points and 2.8 assists through Drury’s first five games.

The Panthers lead the all-time series against Evangel 33-8 in what was an intra-city rivalry when both programs were in the NAIA. The two teams have not met since the 1999-2000 season and have never played one another in the O’Reilly Family Event Center. Drury won both match-ups in the ’99-00 season, defeating EU 75-70 at the Ashcroft Center and 84-77 at home in Weiser Gym. Those two games that year were the first head-to-head match-ups since 1992-93.

About the Valor
The newly-named Evangel Valor are in their first season under new head coach Bert Capel. Capel was named head coach last spring following the retirement of Steve Jenkins, who served 39 years as the program’s head coach. Capel was an assistant at Evangel before taking the helm and had with prior coaching stops as an assistant at Stetson, Jacksonville College, and Florida State. He played on EU’s 2002 NAIA National Championship team.

The Valor are led by Cade Coffman (Sr., Mountain Grove, Mo.), who is averaging 15.1 points. Josh Pritchett (Jr., Rolla, Mo.) is a transfer from Rockhurst, scoring 12.1 points per game, and the Valor is getting 10.4 points per contest from guard Edriel Martinborough (Sr., Bahamas).

Next Up
Drury opens their Great Lakes Valley Conference schedule on Monday when they travel to Missouri S&T for a 7:30 pm game in Rolla.