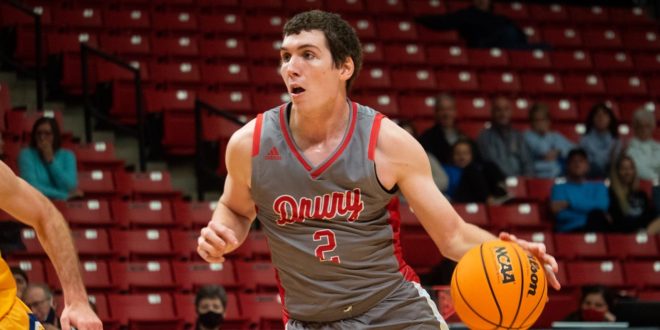 SPRINGFIELD, Mo. – The Drury Panthers opened their home season on Tuesday night with a 90-61 loss to the Savage Storm from Southeastern Oklahoma State in the first night of the DoubleTree Thanksgiving Classic at the O’Reilly Family Event Center.

The Savage Storm threatened early to run away from the Panthers, as they roared to a 37-16 lead just past the midpoint of the half on shooting better than 54 percent from the field.  But a 15-5 Drury run closed the margin to just eleven before the Storm carried a 45-31 lead into halftime.

“We got it manageable by halftime and came out the second half and knocked down some shots and gave ourselves a chance,” said Drury head coach Chris Foster.  “The problem was that we didn’t get enough stops on defense to close the gap.”

The Panthers battled their way back into the contest to open the second half; a 12-3 scoring run cut the margin to five points at 48-43.  But the Savage Storm continued to find their shooting touch and ran the lead to as much as 27 points before the final total.

“Our guys are working hard and maybe are thinking a little too much in some areas and not playing with as much confidence as we’d like, but that comes from putting in the work,” said Foster.

The Panthers were paced in scoring by junior Clay Gayman, who finished with 13 points.  Seniors Victor Nwagbarachoa and Obi Okafor added eleven and ten apiece as Drury fell to 1-3 on the season.

Southeastern Oklahoma State was paced in scoring by Adam Dworsky’s 19 points, as the Savage Storm (3-1) placed a total of six players in double figures.

The Panthers (1-3) return to the O’Reilly Family Event Center on Wednesday, November 24th, on day two of the DoubleTree Thanksgiving Classic, when they meet Arkansas-Monticello in a 7:45 pm tipoff.