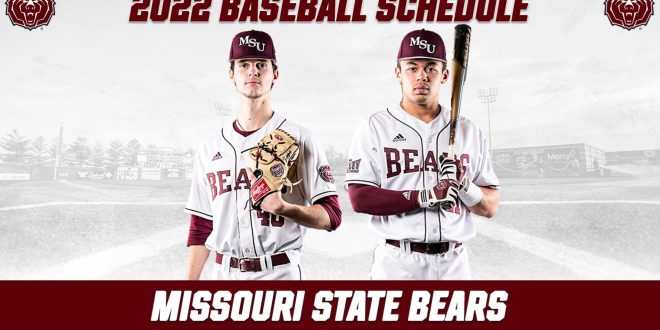 SPRINGFIELD – Missouri State’s 2022 baseball schedule includes 53 regular season games, with 28 of those plus the Missouri Valley Conference Baseball Championship to be played at Hammons Field in Springfield.

Missouri State will also host midweek games against Oral Roberts and Missouri in April, with Evansville, Southern Illinois and Illinois State visiting Springfield for MVC series, which return to a three-game format this season.

The MVC Tournament is scheduled for May 24-28.

Ticket information will be available in the near future.