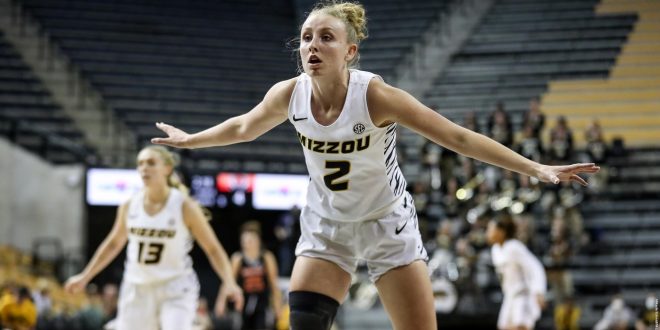 Women’s Basketball Back in Action on Tuesday Night

COLUMBIA, Mo. – Mizzou Women’s Basketball (4-0) will face off with Troy (3-1) on Tuesday evening at 7 p.m. CT. The game will be broadcast on SEC Network with Sam Gore and Tamika Catchings on the call.

Mizzou is off to the program’s best start since 2015-16 when the Tigers won 13 games in a row to begin the year. Last time out, the Tigers dominated Idaho State after a slow start. After trailing 4-2 after five minutes of action, the Tigers went on a 30-5 run to put the Bengals away.

Freshman Izzy Higginbottom has been on a tear as of late. This past week, she led the Tigers in scoring each time out with 17 and 18 points, respectively, against Saint Louis and Idaho State. Higginbottom and Lauren Hansen were the only Tigers to be in double figures for both games. Hansen had not scored over 10 points in back-to-back contests since transferring to Mizzou.

Sara-Rose Smith added 10 points and seven rebounds against Idaho State, both career highs. The Australian played 19 minutes in the contests and was effective on the defensive end as well.

Junior Aijha Blackwell has three double-doubles on the year and is up to 23 in her career. Against Idaho State, she surpassed 500 rebounds for her career.

The Tigers have faced the Trojans only one time. The programs played in 1997 and Mizzou took the contest by a score of 77-52 in Mobile, Alabama.