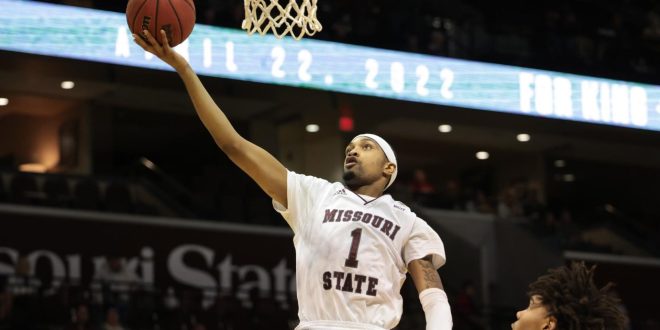 NAPLES, Fla. – A 23-0 run over a seven-minute stretch in the first half helped Missouri State roll to a 92-66 victory over Long Beach State here Monday in the opening round of the inaugural Naples Invitational.

Isiaih Mosley led all scorers with 23 points, while Gaige Prim added 20 for the Bears (3-1) who shot 57 percent from the field and led by 20 points or more for the game’s final 25 minutes.

During the key first-half outburst, the Bears got five 3-pointers from four different players and parlayed a 28-20 advantage into a commanding 51-20 lead seven minutes later. All Long Beach State could do during MSU’s run was keep firing, but eight straight misses followed a Jadon Jones three at the 8:54 mark, while MSU kicked it into high gear. Ja’Monta Black and Mosley combined to splash home three triples in less than a minute, and the Bears closed out the half by making 10 of their final 13 field goal attempts to lead 55-25 at the intermission.

In the second half, the 49ers (1-3) got to the foul line 26 times which gave them an opportunity to get back in the game. In fact, LBSU used token full-court pressure and a 13-1 scoring run midway through the final stanza to get within 71-48. A pair of triples by Jones sparked the Long Beach stretch, but Mosley got the Bears back on track at the 9:44 mark with a patented acrobatic scoring move to end the run.

Each team scored just four field goals from there, but the outcome was secure in a 26-point MoState victory.

Mosley was 10-of-17 from the field with 5 rebounds, while Demarcus Sharp posted team highs with 6 rebounds and 4 assists.

Missouri State will now prepare for a semifinal matchup against East Tennessee State (2-2) on Tuesday at 7 p.m. (Central). The Buccaneers dispatched Murray State, 66-58, in the opening round on Monday. The game is available on-demand at FloHoops.com.

The Bears will open league play at Illinois State on Dec. 1 before finally returning to JQH Arena on Saturday, Dec. 4 when they take on BYU in a nationally-televised game at 3 p.m.

Tickets for the BYU game are available at MissouriStateBears.com or by visiting the Old Missouri Bank Box Office at JQH Arena, (417) 836-7678, during regular box office hours.