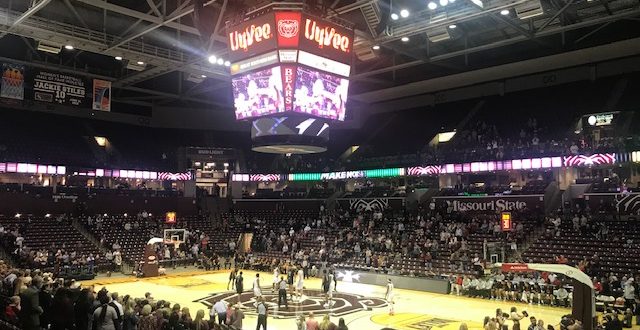 The Redhawks (1-0) grabbed a 45-41 lead at the half, but the lead changed hands four times in the opening five minutes of the second half.

SEMO went up by as many as eight points in the second half, but the Bears battled back to pull within two, 96-94 when Demarcus Sharp buried a left wing three pointer with 42 seconds left in regulation.

But SEMO’s Eric Reed, Jr. drained a three with 10.9 seconds remaining as the shot clock ran out to clinch the win for the Redhawks.

Senior Gaige Prim led the Bears with 28 points and 15 rebounds and went 12-16 from the free throw line.

The Bears had only seven turnovers, but struggled defensively.

Missouri State (0-1) will be back at JQH Arena Saturday night for a 7:00 game against Alabama State.