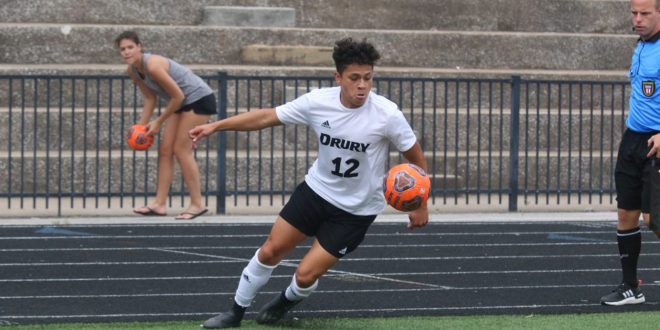 Drury faces Lewis in the GLVC Quarterfinals
The Panthers travel to Lewis for the Great Lakes Valley Conference quarterfinals on Sunday at 1 pm in Romeoville, Illinois.

Sunday’s game is the second meeting of the season between the two teams. The two teams battled to a scoreless tie on Oct. 22 at Lewis.

The Panthers will be looking for their first GLVC Tournament win since 2014. Drury has been in the postseason four times in the last eight years but has been eliminated in the quarterfinals each time.

The GLVC semifinals are scheduled for Nov. 12, with the championship game set for Nov. 14. The next two rounds of the conference tournament will be hosted by the highest remaining seed that advances past the semifinals.