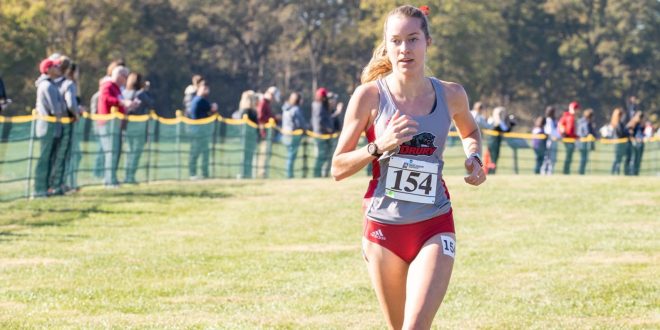 EVANSVILLE, Ind.— Drury senior Claire McCune had the best finish of her career as she came in sixth, and the Panthers were 11th overall at the NCAA-II Midwest Regional Championships at Angel Mounds in Evansville, Indiana on Saturday.

McCune, who earned All-American honors at the NCAA-II national meet two years, posted a time of 20:58.0 in the six-kilometer race to finish sixth in the field of 216 runners. Her finish is the best placement at the regional meet in program history, topping Erin Dolan’s eighth-place finish in 2013. McCune’s previous best finish was 13th place at the 2018 regional.

Drury came in 11th as a team at the regional with a point total of 324. Second-ranked Grand Valley State won the regional championship with 40 points, Southern Indiana finished second with 110 points, and Cedarville came in third with 137.

Jennifer Comastri from Southern Indiana won the event with a time of 20:24.5.

The field for the NCAA-II National Championship will be announced on Monday. This year’s championship meet is Nov. 20 in St. Leo, Florida.