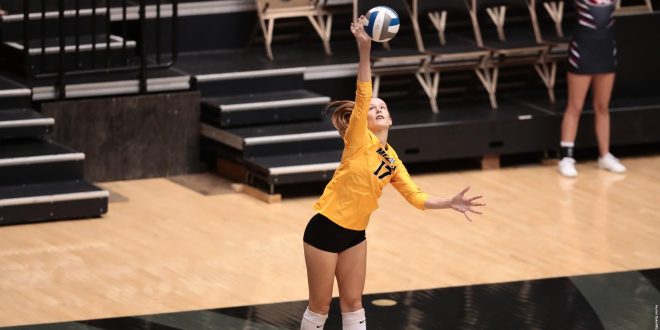 The Tigers started the first set off strong by going on an eight-point lead. Mizzou did not let up in the first set. Alabama rallied to come back in win the following two sets. The Tigers were able to win eight of the last 10 points in the fourth set to send it to a fifth set. The Crimson Tide was able to pull it off in the fifth set by winning the last four points in the match.

Junior Anna Dixon paced the Tigers with 24 kills. While Freshman Kayla Burbage was able to produce a total of 10 kills for the Tigers.

For Alabama, 18 kills came from Kennedy Muckelroy and 12 from Kendly Reaugh.

This weekend, the Tigers are on the road as they play Auburn in a two-match series on October 16 and 17.