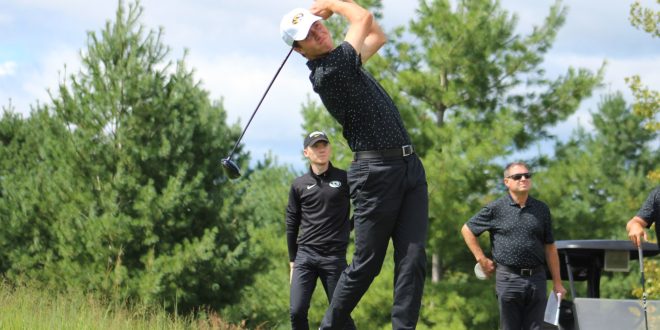 BIRMINGHAM, Ala. – The Mizzou Men’s Golf team concluded play at the SEC Match Play Championships at Shoal Creek Golf Course on Tuesday. Over the last three days the Tigers played in four matches against conference foes, totaling 7.5 points in the inaugural event.

Leading the way for the Tigers over the weekend was sophomore Jack Lundin who went 3-0-1 and totaled 18 birdies. Lundin’s best performance came on Tuesday in his final match against Mississippi State with a 5-under 63 in 17 holes.  As a team Mizzou dropped its opening match to Tennessee 4-1 before bouncing back in pool play with a 4-1 victory over Auburn. Rounding out match play the Tigers fell in a tightly contested match-up with Kentucky 3.5-1.5 prior to a 4-1 loss against Mississippi State.

The Tigers have a weekend off of competition before concluding the fall schedule, Oct. 29-31 at the Steelwood Collegiate Invitational in Mobile, Ala. It will be the fifth and final tournament in the fall before Mizzou begins play, Feb. 12-13 at the Florida Gator Invitational.